Why do we need clean energy and what has triggered it? 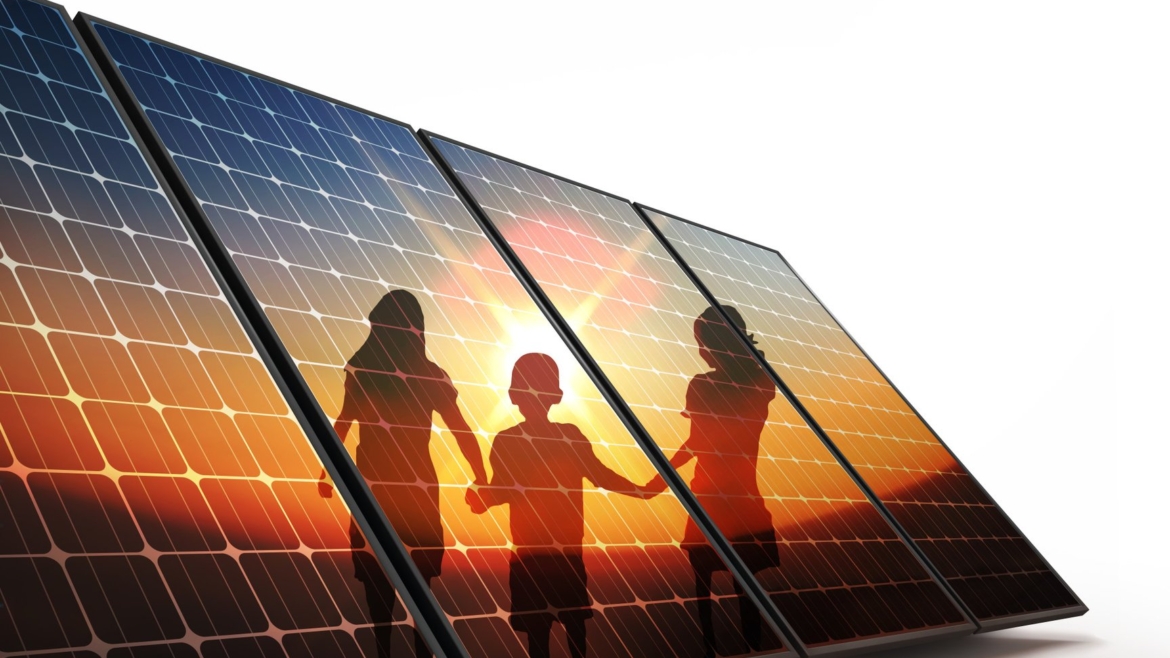 First, we need to understand, what is clean energy?. Clean energy/renewable energy is a useful source of energy which are naturally replenished, it includes carbon-neutral sources like Sunlight, Wind, rain, tides, and geothermal heat. We are using fossil fuels such as coal, petroleum, natural gas, oil shales, bitumen, and heavy soils. All contain carbon and formed as a result of the geological process acting on the remains of organic matter produced by photosynthesis over billions of years ago. Mining, drilling, and burning dirty energy are harming the environment and our health which has triggered the clean energy requirements in the entire world.

Here are the facts about fossil fuels and why we embrace clean energy future.

Over 100 years, burning fossil fuels has generated most of the energy required to propel our cars, power our businesses, and keep the lights on in our homes. Even today, oil, coal, and gas provide for about 80 percent of our energy needs. And you are witnessing that we are paying the price. Using fossil fuels for energy has exacted an enormous toll on humanity and the environment—from air and water pollution to global warming. That’s beyond all the negative impacts from petroleum-based products such as plastics and chemicals. Here’s a look at what fossil fuels are, what they cost us (beyond the wallet), and why it’s time to move toward a clean energy future.

What Are Fossil Fuels?

Coal, crude oil, and natural gas are all considered Fossil Fuels because they were formed from the fossilized, buried remains of plants and animals that lived millions of years ago. Because of their origins, fossil fuels have a high carbon content. Suncor Mine and tailings ponds near Fort McMurray, Alberta, Canada

Unearthing, processing, and moving underground oil, gas, and coal deposits take an enormous toll on our landscapes and ecosystems. The fossil fuel industry leases vast stretches of land for infrastructures such as wells, pipelines, access roads, as well as facilities for processing, waste storage, and waste disposal. In the case of strip mining, entire swaths of terrain, including forests and whole mountaintops— are scraped and blasted away to expose underground coal or oil. Even after operations cease, the nutrient-leached land will never return to what it once was.

As a result, critical wildlife habitat—land crucial for breeding and migration—ends up fragmented and destroyed. Even animals able to leave can end up suffering, as

they’re often forced into less-than-ideal habitat and must compete with existing wildlife for resources.

Coal, oil, and gas development pose myriad threats to our waterways and groundwater. Coal mining operations wash acid runoffs into streams, rivers, and lakes and dump vast quantities of unwanted rock and soil into streams. Oil spills and leaks during extraction or transport can pollute drinking water sources and jeopardize entire freshwater or ocean ecosystems. Fracking and its toxic fluids have also been found to contaminate drinking water, a fact that the Environmental Protection Agency was slow to recognize.

Meanwhile, all drilling, Fracking, and mining operations generate enormous volumes of wastewater, which can be laden with heavy metals, radioactive materials, and other pollutants. Industries store this waste in open-air pits or underground wells that can leak or overflow into waterways

and contaminate aquifers with pollutants linked to cancer, birth defects, neurological damage, and much more.

some 12.6 million Americans are exposed daily to toxic air pollution from active oil and gas wells and from transport and processing facilities. These include benzene (linked to childhood leukemia and blood disorders) and formaldehyde (a cancer-causing chemical). A booming Fracking industry will bring that pollution more backward, despite mounting evidence of the practice’s serious health impacts. Mining operations are no better, especially for the miners themselves, generating toxic airborne particulate matter. Strip mining—particularly in places such as Canada’s boreal forest —can release giant carbon stores held naturally in the wild.

When we burn oil, coal, and gas, we don’t just meet our energy needs—we drive the current global warming crisis as well. Fossil fuels produce large quantities of carbon dioxide when burned. Carbon emissions trap heat in the atmosphere and lead to climate change. In the United States, the burning of fossil fuels, particularly for the power and transformation center, accounts for about three-quarters of

There are four important areas of renewable energy as Electricity generation, water heating/cooling and air, transportation, and rural (off-grid) service

Renewable contributed 19.3% to humans’ global energy consumption and 24.5% to their generation of electricity in 2015 and 2016, respectively. This energy consumption is divided as 8.9% coming from traditional biomass, 4.2% as heat energy (modern biomass, geothermal and solar heat), 3.9% from hydroelectricity and the remaining 2.2% is electricity from wind, solar, geothermal, and other forms of biomass. Worldwide investments in renewable technologies amounted to more than US$286 billion in 2015.[7] In 2017, worldwide investments in renewable energy amounted to US$279.8 billion with China accounting for US$126.6 billion or 45% of the global investments, the United States for US$40.5 billion, and Europe for US$40.9 billion.[8] Globally there were an estimated 10.5 million jobs associated with the renewable energy industries, with solar photovoltaics being the largest renewable employer.[9] Renewable energy systems are rapidly becoming

more efficient and cheaper and their share of total energy consumption is increasing.[10] As of 2019, more than two-thirds of worldwide newly installed electricity capacity was renewable.[11] Growth in consumption of coal and oil could end by 2020 due to increased uptake of renewable and natural gas.[12][13][14]

At the national level, at least 30 nations around the world already have renewable energy contributing more than 20 percent of the energy supply. National renewable energy markets are projected to continue to grow strongly in the coming decade and beyond.[15] At least two countries, Iceland and Norway, generate all their electricity using renewable energy already, and many other countries have set a goal to reach 100% renewable energy in the future.[16] At least 47 nations around the world already have over 50 percent of electricity from renewable resources.[17][18][19] Renewable energy resources exist over wide geographical areas, in contrast to fossil fuels, which are concentrated in a limited number of countries. Rapid deployment of renewable energy and energy efficiency technologies is resulting in significant energy security, climate change mitigation, and economic benefits.[20] In international public opinion surveys, there is strong support for promoting renewable sources such as solar power and wind power.[21][22] Wind, Solar and hydroelectric are three renewable sources of energy. Rapid deployment of renewable energy and energy efficiency, and technological diversification of energy sources, would result in significant energy security and economic benefits. It would also reduce environmental pollution such as air pollution caused by burning of fossil fuels and improve public health, reduce premature mortalities due to pollution and save associated health costs that amount to several hundred billion dollars annually only in the United States. Renewable energy sources, that derive their energy from the sun, either directly or indirectly, such as hydro and wind, are expected to be capable of supplying humanity energy for almost another 1 billion years, at which point the predicted increase in heat from the Sun is expected to make the surface of the Earth too hot for liquid water to exist climate change and global warming concerns, coupled with the continuing fall in the costs of some renewable energy equipment, such as wind turbines and solar panels, are driving increased use of renewable. New government spending, regulation and policies helped the industry weather the global financial crisis better than many other sectors. As of 2019, however, according to the international renewable energy system, renewable overall share in the energy mix (including power, heat and transport) needs to grow six times faster, in order to keep the rise in average global temperatures “well below” 2.0 °C (3.6 °F) during the present century, compared to pre-industrial levels.

for lighting and/or cooking, and more than 166 million households rely on a new generation of more-efficient biomass cook stoves. United Nations ‘ eighth Secretary-General Ban Ki moon has said that renewable energy has the ability to lift the poorest nations to new levels of prosperity. At the national level, at least 30 nations around the world already have renewable energy contributing more than 20% of energy supply. National renewable energy markets are projected to continue to grow strongly in the coming decade and beyond, and some 120 countries have various policy targets for longer-term shares of renewable energy,

including a 20% target of all electricity generated for the European Union by 2020. Some countries have much higher long-term policy targets of up to 100% renewable. Outside Europe, a diverse group of 20 or more other countries target renewable energy shares in the 2020–2030 time frame that range from 10% to 50%.

Several jurisdictions, including Denmark, Germany, the state of South Australia and some US states have achieved high integration of variable renewable. For example, in 2015 wind power met 42% of electricity demand in Denmark, 23.2% in Portugal and 15.5% in Uruguay. Interconnectors enable countries to balance electricity systems by allowing the import and export of renewable energy. Innovative hybrid systems have emerged between countries and regions.

Solar water heating makes an important contribution to renewable heat in many countries, most notably in China, which now has 70% of the global total (180 GWth). Most of these systems are installed on multi-family apartment buildings and meet a portion of the hot water needs of an estimated 50–60 million households in China. Worldwide, total installed solar water heating systems meet a portion of the water heating needs of over 70 million households. The use of biomass for heating continues to grow as well. In Sweden, national use of biomass energy has surpassed that of oil. Direct geothermal for heating is also growing rapidly. The newest addition to Heating is from geothermal heat pump which provide both heating and cooling, and also flatten the electric demand curve and are thus an increasing national priority (see also renewable thermal energy).

Bio ethanol is an alcohol made by fermentation, mostly from carbohydrates produced

particulates, carbon monoxide, and hydrocarbons from diesel-powered vehicles. Biodiesel is produced from oils or fats using transestrification and is the most common bio fuel in Europe. A solar vehicle is an electric vehicle powered completely or significantly by direct solar energy. Usually, photovoltaic (PV) cells contained in solar panels convert the sun’s energy directly into electric energy. The term “solar vehicle” usually implies that solar energy is used to power all or part of a vehicle’s propulsion. Solar panel may be also used to provide power for communications or controls or other auxiliary functions. Solar vehicles are not sold as practical day-to-day transportation devices at present, but are primarily demonstration vehicles and engineering exercises, often sponsored by government agencies. High-profile examples include planet solar and solar impulse. However, indirectly solar-charged vehicles are widespread and solar boats are available commercially.

On Wednesday, Democrats in Congress reintroduced the Clean Energy and Sustainability Accelerator Act. The bill would direct $100 billion to the Clean Energy and Sustainability Accelerator, a non-profit entity tasked with making loans and investments into sectors of the economy that need to grow rapidly to meet the Biden-Harris administration’s aggressive decarbonisation goals.

The bill’s proponents say that $100 billion could help leverage up to $500 billion more in private-sector lending and investment and create up to 4 million jobs over the next four years by targeting business sectors with carbon-reduction capacity but underdeveloped access to capital and credit, or gaps between proven technologies and the commercial structures to bring them to market.

Now this is happening in USA and rest of the World is also moving very fast to acquire Solar but in Pakistan, we are still stuck at policy making, there are many projects are on hold due to the bureaucracy and lack of government involvement. Pakistan has abundance of Sun and lots of investors who wants to invest but due to unrealistic policies and lack of support, the country is behind and losing.

In my opinion it is the best time to engage in solar projects in residential and commercial as well as industrial solar. Solar/renewable is the ultimate future for businesses as well as jobs so be the leader not the follower.